This is one of the most sought after jukeboxes in the world.

This Rock-Ola "Beatles Yellow Submarine Jukebox" is likely the most rare jukebox of all time. The Beatles' Apple Corp's, strictly limited production to just 100 total units!

But how did it all begin?

Mike Ansell, CEO of Lordsvale Sales, Ltd in Hull, North Humberside, designed the Yellow Submarine Jukebox along with two of Apple Corp, own studio artists after reaching an agreement with Neil Aspinall *.  "Apple Corps. have their own people that create the design layout of Beatles merchandise."

The Beatles employed Neil Aspinall as their road manager and personal assistant, which included driving his old van to and from shows, both day and night. After Mal Evans started work for The Beatles, Aspinall was promoted to become their personal assistant, later becoming chief executive of their company, Apple Corps.

The UK version was limited to 100 units and built in 2000 for my company, Lordsvale Sales, by Sound Leisure.  Lordsvale shipped one of the UK versions to the New Jersey Fest, (now known as The Fest for Beatles fans) in March, 2001, the response was amazing. After the show, this jukebox was sent to Rock-Ola in Torrance, Ca. to copy into their cabinet, Apple would only agree to 100 units being sold in the US as they wanted it to be a limited edition.

Mike Ansell states “These 100 Rock-Ola jukeboxes sold out within a week, nearly all of them went to Rock- Ola distributors around the US . One was sold to Steven Tyler of Aerosmith and also Ozzy Osbourne (in the TV series, half way thru the 2nd season, the jukebox with serial number 90017, can be seen in his snooker room). Ozzy and Sharon Osbourne donated their jukebox to charity last year which was auctioned, I heard it sold for around $30,000.”

The first six UK Yellow Submarine Jukeboxes were sent to Apple, one for storage (they have a huge warehouse in London where they store thousands of Beatles items owned by the group and samples of Beatle products produced over the past 50 years), they also have one in the reception area at the Apple offices.

Mike Ansell delivered one to Olivia Harrison at Friar Park, one to Paul’s studio near Brighton and one to Ringo at his mansion in the UK. Mike states “I spent the best two hours of my life with Ringo discussing music and hearing stories of the Beatles, have to say he and his wife Barbara are lovely people.”

Yoko had one flown to her in the U.S.

The Hard Days Night Hotel in Liverpool has a UK Yellow Submarine Jukebox was bought from Lordsvale, Lordsvale also supplied the one in the Cavern on Mathew Street in Liverpool.

The original 2001 Rock-ola version, features an "Electric Yellow" finish and characters from the film, including the Fab Four, waving from vertical "portholes" on the front, and to top it all off, a group of funky periscopes.

Complete with two rotating side panels that feature vividly colored pictures of the submarine, along with various characters and creatures from the movie, with bubbles of air perking merrily to the top of the 4 bubble tubes.

This is an opportunity to own a very rare jukebox and a true collectors piece...

Our Jukeboxes are supplied with a full one-year parts warranty. More about our warranty here.

SEE IT BEING BUILT

When you buy any Rock-Ola jukebox you have the option to come and see your jukebox come to life in our factory! You can meet the team that handcraft our jukeboxes and learn the intricacies, skill and passion involved in creating these iconic machines. You'll be contacted after your purchase with more information! 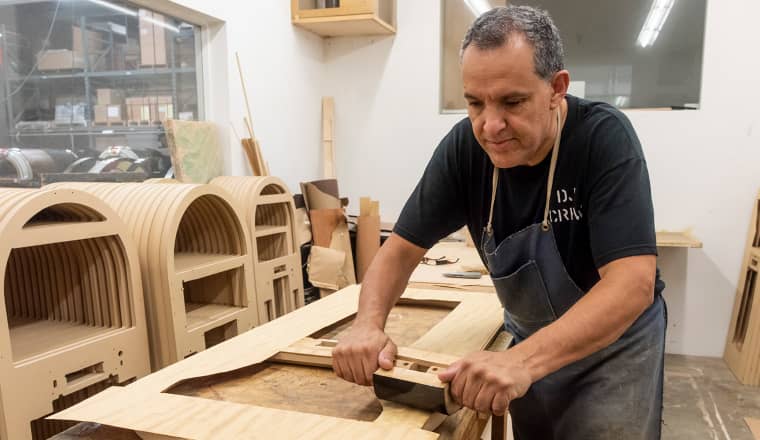 Since 1927. Rock-Ola has manufactured quality entertainment machines. Recognised all over the world, the Rock-Ola name is synonymous with jukeboxes and rock and roll. Since 1977, The Antique Apparatus Company has stood for uncompromising quality, taking great pride in having engineered, refined, and manufactured the first and finest “Nostalgic” Jukeboxes. In 1992 Antique Apparatus and Rock-Ola combined their strengths and merged to create the best Commercial & Nostalgic Jukeboxes on the market and they continue to do so today. 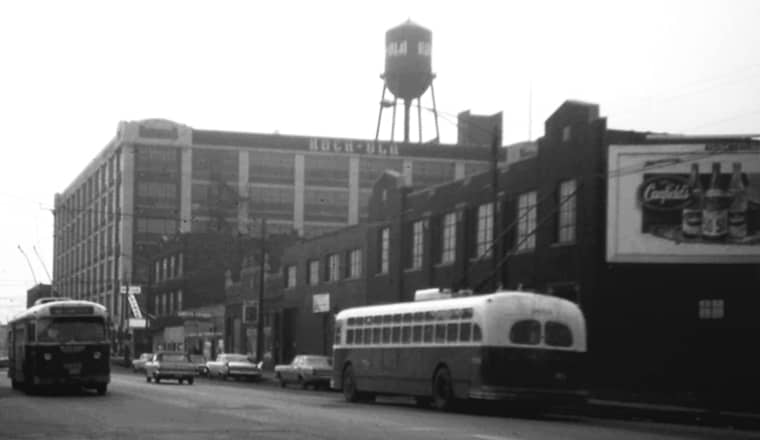 Rock-Ola Manufacturing Corporation was founded in 1927 by the Coin-Op pioneering legend David C. Rockola. In 1935, Rock-Ola vaulted into jukebox manufacturing. He inspired the term “Rock & Roll” and has left an indelible mark on an industry that literally echoes his name. Rock-Ola sold more than 400,000 jukeboxes under the Rock-Ola brand name, which predated the rock and roll era by two decades. 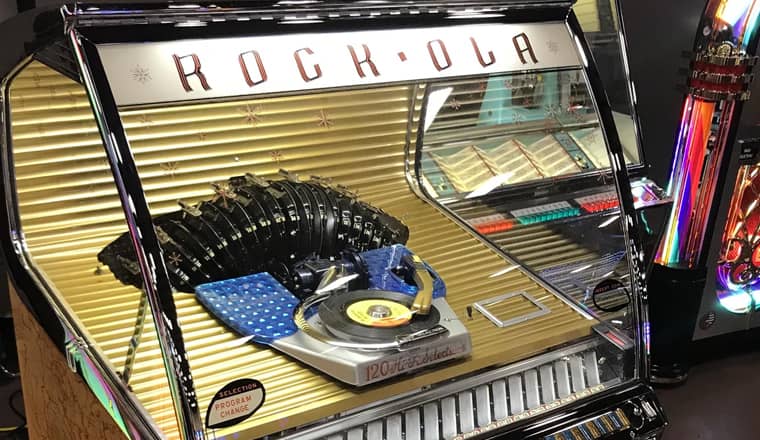